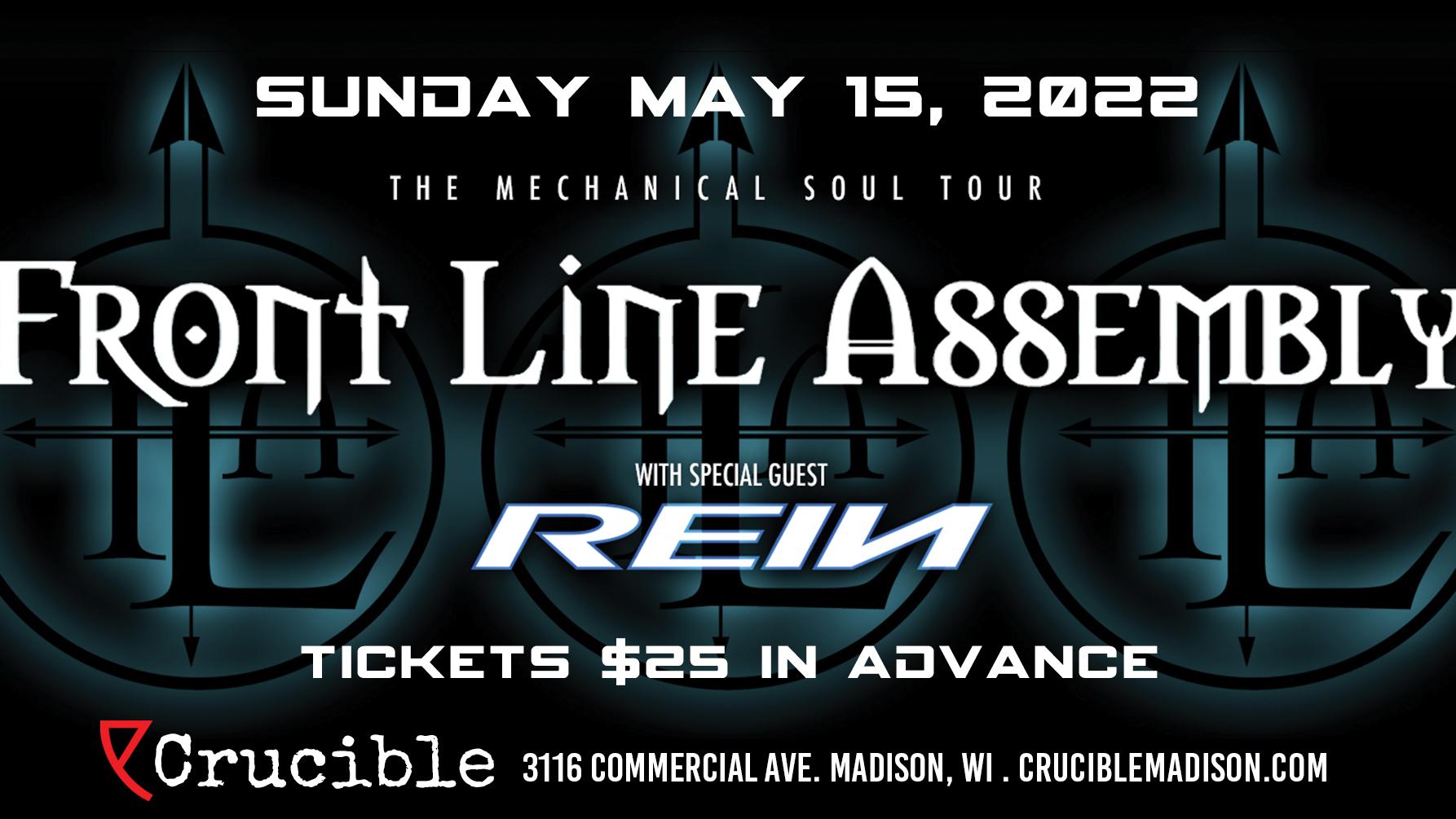 Crucible is proud to present, for the first time in Madison, the legendary FRONT LINE ASSEMBLY with special guest REIN.

FRONT LINE ASSEMBLY was formed by Canada's Bill Leeb in 1986 and remains one of electro industrial's most popular touring acts, playing songs from their extensive catalog, including albums such as Tactical Neural Implant, Millenium, and Hard Wired, amongst many others. Created with returned longtime collaborator Rhys Fulber, FLA is touring in support of their hit 2021 album Mechanical Soul.

Mechanical Soul was acknowledged by Electro Vox as "[a] masterful work from one of the greats of the genre, it can be seen as the zenith of the duo’s artistic endeavours together." FLA are no strangers to musical diversity, with albums ranging from pure electronic body music (EBM) to industrial metal to dubstep influences.

Fulber and Leeb are also responsible for such side projects as Delerium (whose "Silence" with Sarah McLachlan was a massive worldwide hit) and Noise Unit. You would be hard pressed to find a more prolific and diverse pair of musicians in the industrial scene, whether collaborating or individually. Fulber in particular has been diving into the dark Berlin techno sound with a number of brilliant EPs, showcasing his new influences at the 2021 Cold Waves Festival in Chicago.

Touring with FLA on her first U.S. dates is Sweden's REIN. REIN is the Stockholm based electronic project of Joanna Reinikainen, gaining a cult following with her early singles "I Don't Get Anything But Shit From You," and "Missfit". REIN blew up in 2020 with her critically acclaimed full length debut REINCARNATED. As stated by the esteemed I DIE: YOU DIE industrial website, "For all the record’s personality and bold stylistic moves its greatest asset is its compulsive listenability." REIN is not to be missed.