plus stage shows from Areal Haunting
$10
21+ 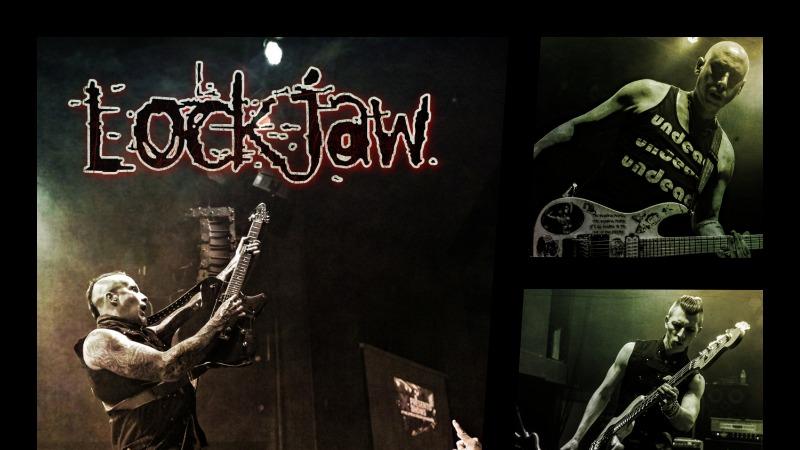 Lockjaw became a household name throughout the Midwest thanks in part for sharing the stage with national acts including Mudvayne, Type O Negative, Damage Plan, Wednesday 13, Hell Yeah, Prong, KMFDM, Powerman 5000, Mindless Self Indulgence, Lords of Acid and also providing direct support for multiple sold out shows for MARILYN MANSON.
Since starting out in 1998, Lockjaw has released 15 albums to date on Dark Drug Records with their previous effort being 2021’s “Somewhere In A Dream”. Lockjaw's "Bored Again" from the CD "Dirty Minds and Smiling Faces"(2004) is featured on the X-Box360 game "Dead Rising". Lockjaw is currently supporting their double ep CD release "Reverent/Somewhere in A Dream" and celebrating 20 years of live shows.

Cast in Fire Or Cats in Fire your decide. Local Madison metal

The Fiendish Phantoms from Madison,WI have been bringing their own twist on Horror Rock for over a decade. A mixture of rock, goth rock, punk and even a touch of metal in their music. From songs about Edgar Allan Poe stories, to Wisconsin serial killers, you will be in for a fiendish night indeed!

Operation Stillborn you take a handful of punk some hard core, mix in a cup of MadisSIN, a pinch of Seattle, a dash of gangster and as much fuck you as you can cram into the mix. 16+ years of pissing of everyone….wait I mean pissing on everyone.