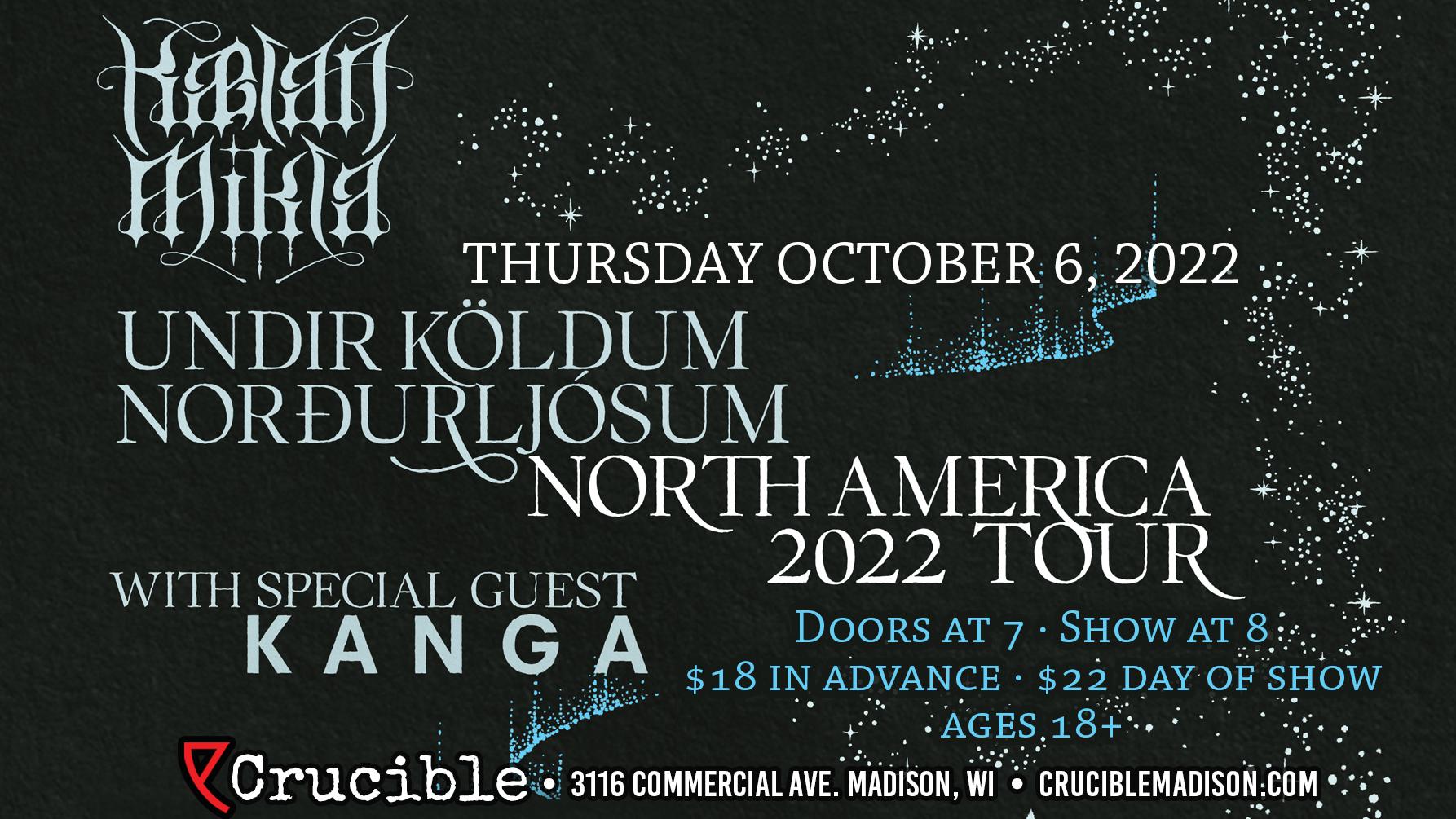 Crucible is thrilled to welcome Kælen Mikla with support from Kanga and Null Device!

Kælan Mikla was founded in 2013 as an entry in a poetry competition. In the following years they continued to emerge and establish themselves as a solid part of the Reykjavik grassroots scene. In 2015, the song Kalt was released and attracted a lot of attention abroad. Subsequently, the band began performing with various well-known bands abroad. Over the past five years Kælan Mikla have travelled continuously and have released three LPs. Robert Smith, the front-man of the immortal band The Cure is a big fan and has booked Kælan Mikla to play at the various festivals he has curated, alongside iconic bands such as Pixies, Slowdive, Deftones, as well as having them solely open for the rock band Placebo. Following the release of their third LP, Nótt eftir nótt, they have gained a large audience amongst fans of dark and dreary music, but what really makes Kælan Mikla stand out is the strong audiovisual adventure through their magical world that is constantly evolving and always leaves the crowd with a memorable concert experience. Now Kælan Mikla has just returned from a long tour with the French blackgaze band Alcest and are currently recording their fourth album which will mostly revolve around folklore and fairytales, drawing the band even deeper into their realm of magic and mysticism.